Swansea native Stanley Myers is the third Military Judge for the S.C. Army National Guard and the first African-American to hold this position in South Carolina. 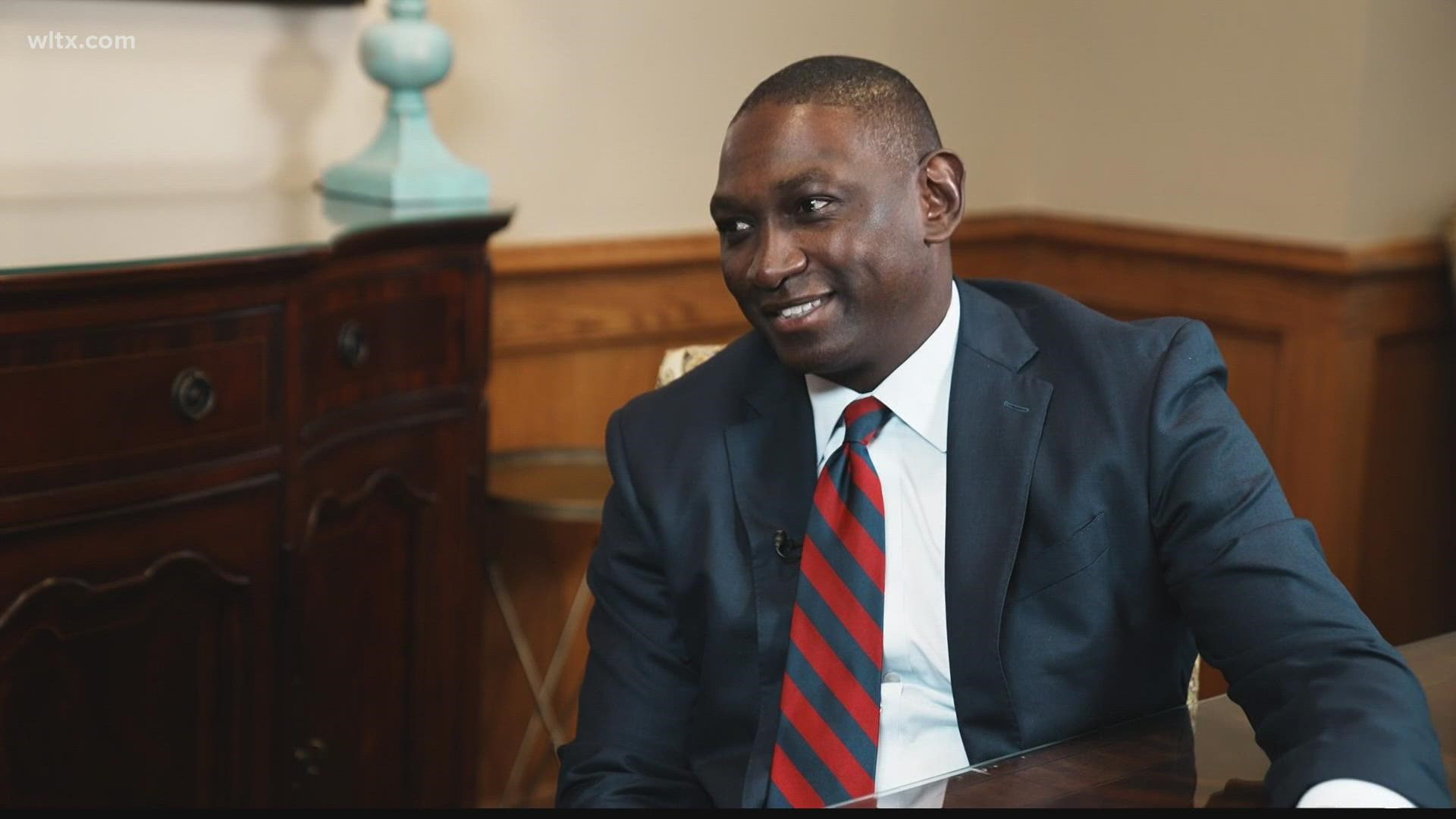 He holds several high-ranking titles, but if you ask him how he wants to be addressed, it is "just Stanley."

He credits his family and roots in the Swansea and Calhoun County communities for giving him the humility he has today.

"Grew up in a small country town around hogs, cows, all of it," Myers fondly recalled.

"I came up in a small church, as well, and the preacher used to always say, 'pride cometh before the fall,'" Stanley recounted. "To see where I've come from, I always think about how quickly I can go back there. No matter how many accolades I have, no matter how far I have come in life, it is so easy just to forget the fact that it took hard work to get here, and if I don't continue to work hard, I can be right back where I started."

Credit: Stanley Myers
Myers with his wife and parents

Myers' hard work earned him an athletic scholarship to the Citadel, where he currently serves as a member of The Board of Visitors.

He set several records as a four-year starting quarterback for the Bulldog football team.

While he admits his record at the Citadel does not stack up against his high school record, his time at the military college proved invaluable.

Credit: The Citadel Archives
Myers was number 16 on the Citadel football team

"The Citadel does a great job of putting you in leadership roles instantly so you have no choice but to work on your leadership skills or quit," said Myers. "To be able to be in that environment and be a leader among peers, it was everything I needed."

Credit: Stanley Myers
Judge Myers said his time at the Citadel proved to be invaluable

He graduated from the Citadel in 1998 with a bachelor's degree in political science. In 2003, he received his J.D. from the UDC David A. Clarke School of Law in Washington, D.C.

Myers has always wanted to be an attorney, thanks to his siblings. "I have two older brothers and an older sister," Myers said. "They are 12,13 years older than I am. Every day, I would come home from school and the shows that would be on were either Matlock or Perry Mason so I guess, to some degree, I kind of naturally just said, 'man if I want to be something, maybe I need to be a lawyer.' "

Credit: The Citadel Archives
Stanley L. Myers graduated from The Citadel in 1998, where he received his bachelor’s degree in political science

Myers was commissioned as an Infantry Officer out of the Citadel. "I went down to Fort Benning, Georgia, where I learned how to become an infantry officer, and once I finished law school, I became a JAG (Judge Advocate General) officer."

He deployed as a Captain to Afghanistan from 2007-2008 with the 218th Infantry Brigade to support Operation Enduring Freedom. "I like to think that I have done enough or have done what I could when it comes to the leadership side of being in the military, but it has been very, very fulfilling," Myers said.

Credit: Stanley Myers
Myers deployed as a Captain to Afghanistan from 2007-2008 with the 218th Infantry Brigade to support Operation Enduring Freedom

Myers has been a JAG officer since 2004. "My duties have ranged from being Trial Counsel to being the Regional Defense Counsel, to now being a military judge."

Credit: Moore Bradley Myers Law Firm
Myers is the third Military Judge for the South Carolina Army National Guard and the first African-American to hold this position in South Carolina

Myers jokingly admits, he did not know that he would be the first black man to hold this title. "I didn't even realize that when I got accepted into the course and when I walked across the stage that, that was the deal," Myers said. "Looking back on it, it means a lot. I hope it means a lot for the kids who have dreams. If you have dreams and you work hard, you can achieve whatever. The accolades will come. Just put your head down, work hard, and those things will come."

Myers acknowledges that being "the first" holds a lot of weight and responsibility. "My goal is to make sure to stay the course, that I do the best job that I can so that I can give other individuals an opportunity to come in," Myers said. "I want to make sure that I properly pass the baton."

Myers is working to "pass the baton" to kids in his hometown through the Swansea Mentoring Program.

A few years ago, he founded the organization to "get them off the streets and keep them busy." From teaching them how to change a tire to speaking on the importance of making good choices, Myers says it is essential to show kids that what they may lack does not define them.

"In the lawyer work that I do, and even as a military judge, we're starting to see an increase in gangs and gang violence," Myers said. "I've always tried to tell individuals that you can avoid gangs if you stay productive in other ways, and that is what the mentorship program is designed to do. All of that gun violence and drugs might seem fun at the time, but it leads to nowhere."

Myers continues to practice what he preaches.

🗣Stanley Myers is a 1998 graduate from the Citadel where he holds several records as the starting 🏈Quarterback. He is...

Posted by South Carolina Association for Justice on Thursday, June 25, 2020

In addition to the accomplishments that we have covered thus far, he has also been named a South Carolina Super Lawyer, a Midlands Legal Elite, a member of the American Bar of Trial Attorneys, and he is licensed to practice in state and federal courts.

For Meyers, it is not about working for accomplishments. It is about serving the community. "Whenever I have invested in people and tried to do the very best that I can, and not worry about the awards and the accolades, things have generally worked out better."

While Myers does not boast about his accomplishments, he beams with pride when speaking about his wife and two kids. "I am married to Tashia," Myers said. "We met at the College of Charleston. I asked her to marry me after I graduated (from UDC David A. Clark School of Law). "Thankfully, she said 'yes.' "

The couple has two kids, 12-year-old Stanley Lamont (L.J.) and 10-year-old Hayley Elizabeth. "They're the greatest little things in the world," Myers said, beaming with pride. "Regardless of how busy I am, I have always tried to make it a point to spend as much time with them as I can because they are growing up fast." 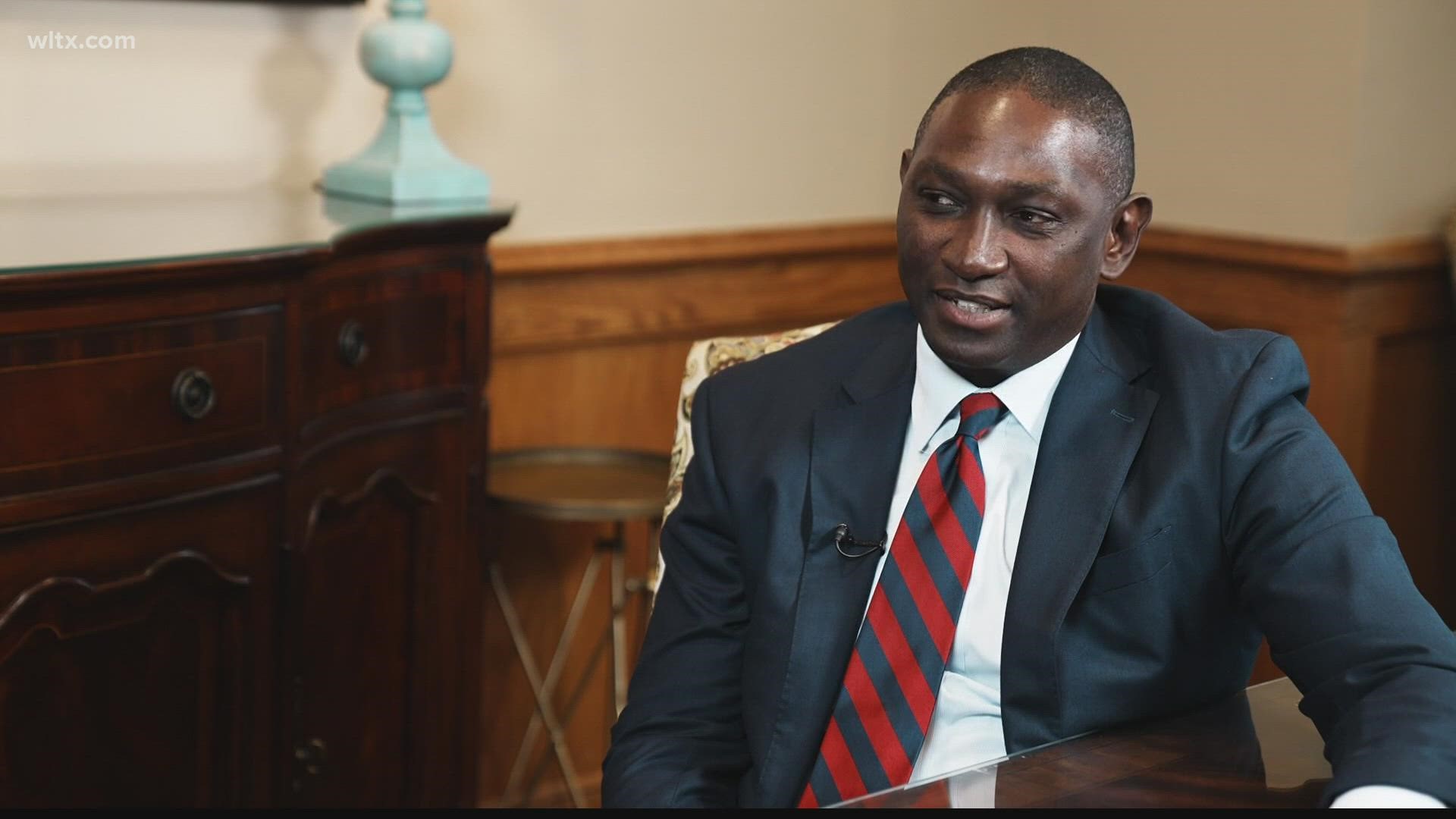