As cases continue to rise across the state, he hopes his story will encourage others to take the virus seriously. 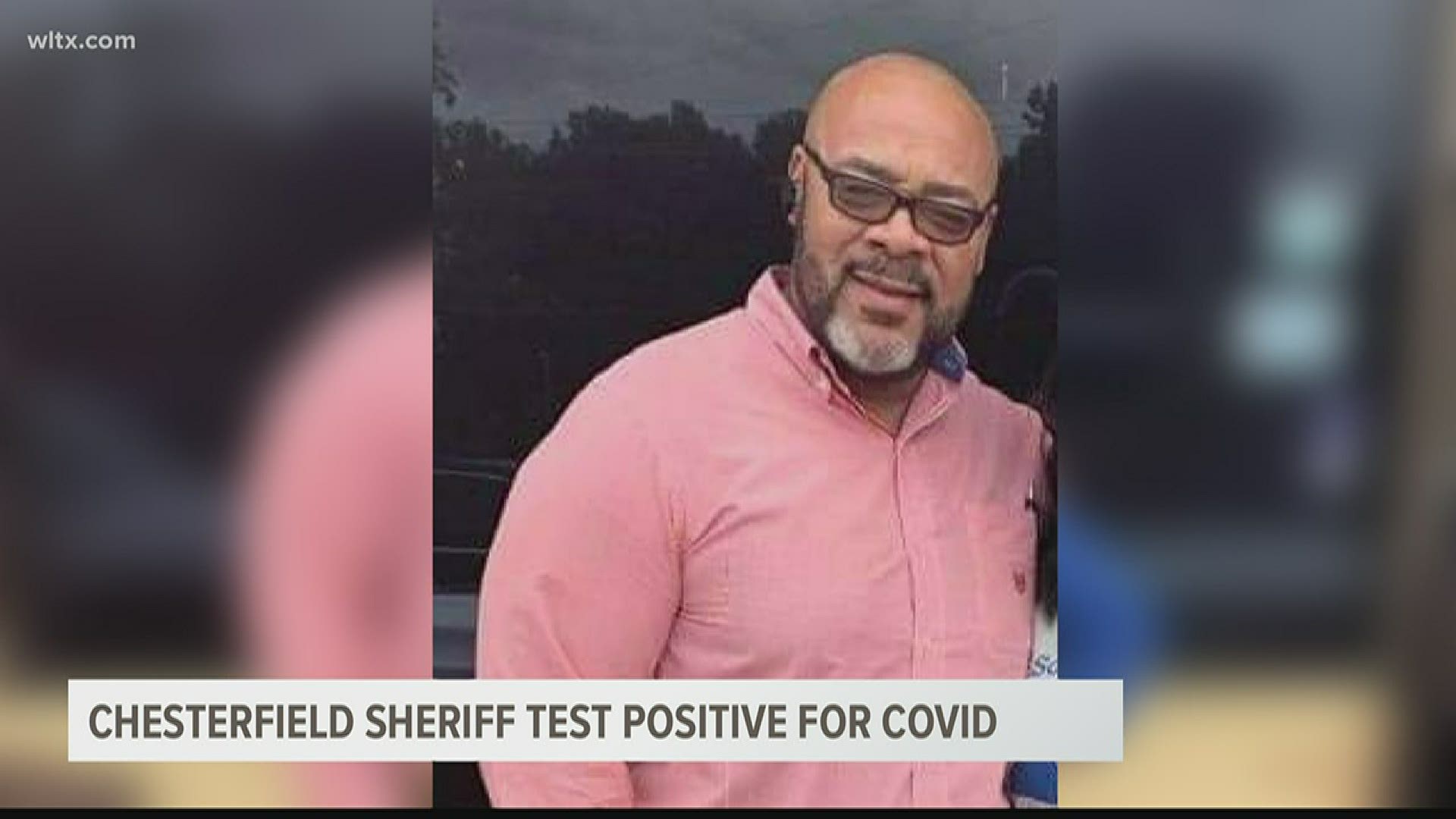 CHESTERFIELD COUNTY, S.C. — Chesterfield County Sheriff James Dixon has spent nearly 33 years in law enforcement working to keep people safe, but, for the last four weeks he's been fighting for his own safety after testing positive for COVID-19.

"It's a scary feeling," Dixon said. "I thought I was doing all the things right. I would come to the office; I would go home. I went to Walmart and places like that shopping only on Sunday when it was less crowded, and I wind up with this virus."

He started feeling sick on May 29th, just after his birthday.

"I thought I just had some allergy issues because I got sinus problems," Dixon said. "Lo and behold, that Wednesday, it came back positive."

To his dismay, he wasn't alone.

"I had my wife and daughter go get tested the following day and they both came back positive," he said.

The weeks that followed were some of the worst.

"The shortness of breath started first... and it would take a lot for me just to walk from my bedroom to the living room... and by that Sunday, my wife started experiencing the same symptoms," he said. "Everyday, we forced ourselves to get out and walk... no matter how tired we were we walked, but then the next thing that took over was the taste and smell.

His 16-year-old daughter, who was mostly asymptomatic, watched over the two as their symptoms progressed, with breathing treatments and medication used to help them through and, in time, they began to heal.

"I'm just thankful to the Lord," he said.

Now, as cases continue to rise across the state, he hopes everyone will take the virus seriously.

"I think our young people are not taking this serious enough and I see so many people arguing about wearing a mask, you know, that mask provides you protection. It provides other people protection," he said. "So, we need to do what we have to do to get to the end of this pandemic and take it seriously."